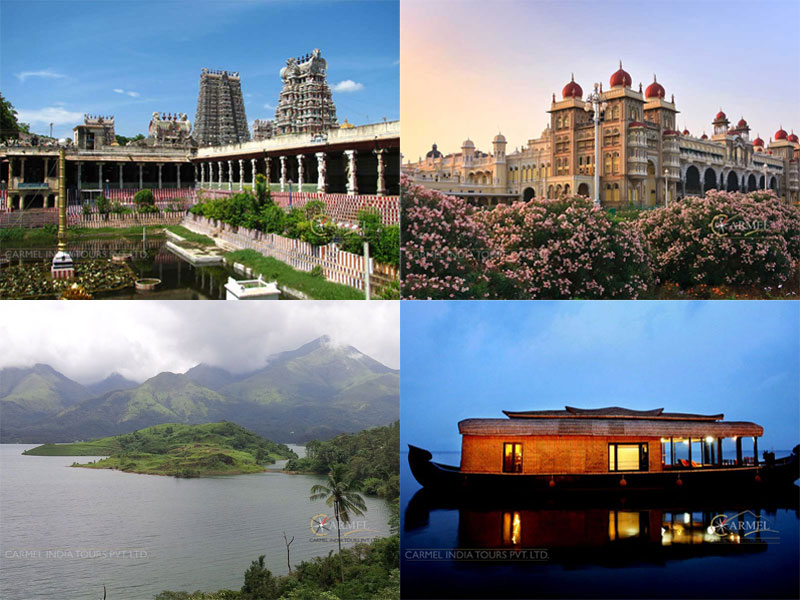 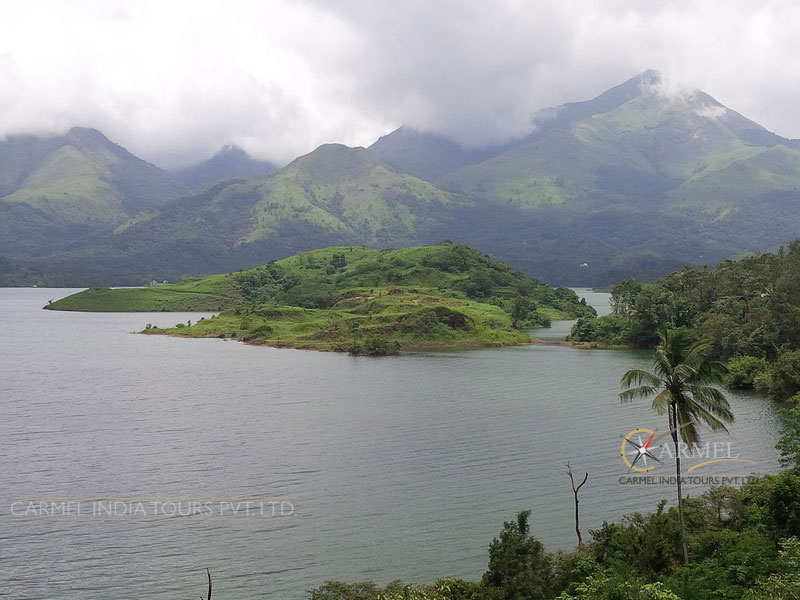 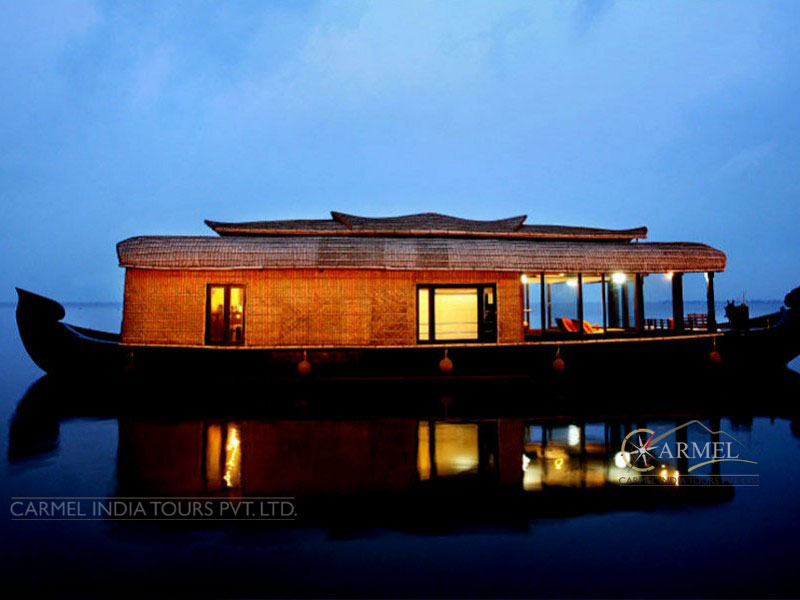 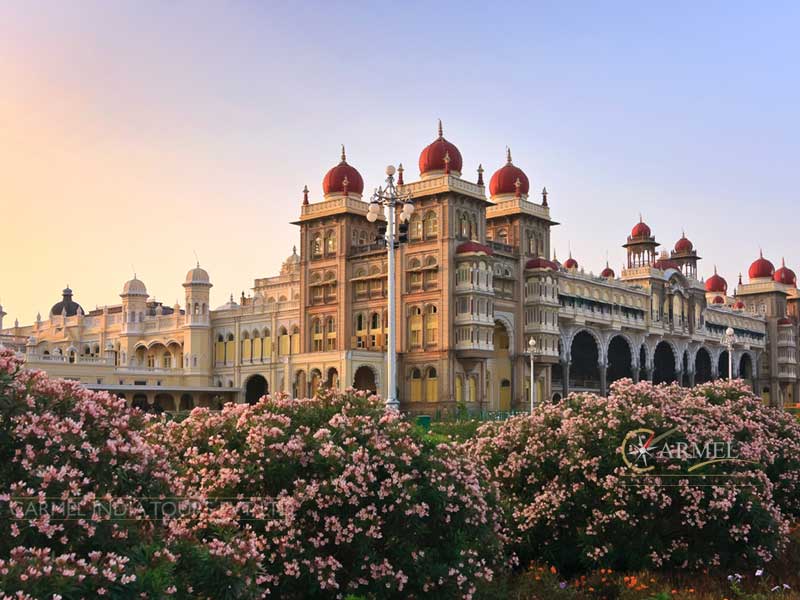 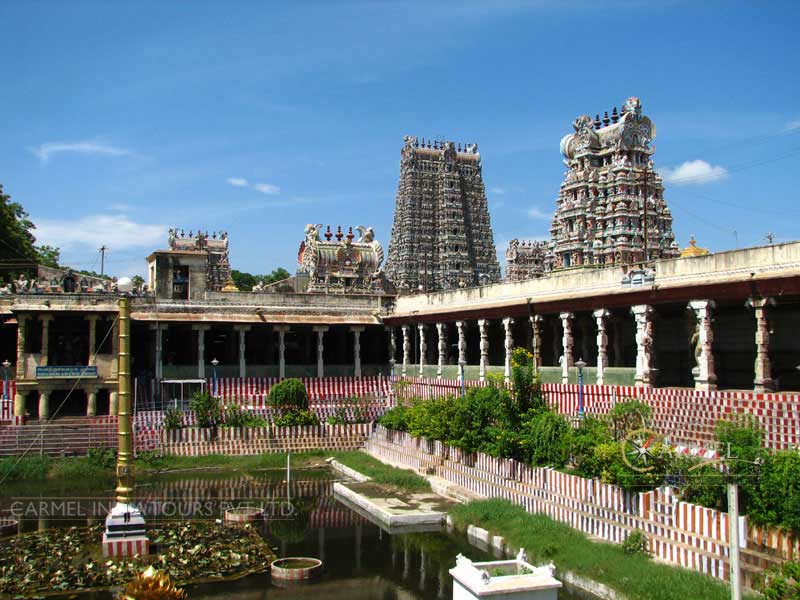 Arrive at Kochi (Cochin), meeting and assistance followed by transfer to hotel.

Kochi or Cochin also known as the ‘Queen of Arabian sea ‘as well as heart of Kerala, also one of the finest natural harbors of the world and was the centre of the world spice trade for many centuries. In 1503 Kochi became the first European colonial settlement in India when it was occupied by the Portuguese.

After breakfasts visit Kochi, walk along its streets and explore all its highlight like the Fort Kochi, it is enough to make you feel transported to another world and time and the Chinese fishing nets at Fort Kochi.

Later visit the Dutch Palace, Jew Town with it old curios shops and the more than 400 year old synagogue. We stop at the spice market before visiting St Francis Church. Afternoon enjoy Kochi Backwaters with coconut trees lining the glassy lake waters. Visit the Marine Drive is a beautiful passageway in Kochi, The Willington Island, an artificial man-made island, Parikshith Thampuran Museum and the Museum of Kerala.

Evening watch a performance of Kathakali Dance, is a combination of drama, dance, music and ritual.

After breakfast drive to Wayanad -  is the land of hills and spices, often referred to as the Green Paradise, situated in the northern part of Kerala state. Wayanad one of the most scenic regions of Kerala covered with rain forests and rich plantations of Tea, Coffee, Rubber and various spices. With aboriginals of Kerala settled in the region whose culture is still intact in this protected zone.

Overnight stay at hotel in Wayanad

After breakfast, enjoy a nature sightseeing tour of Wayanad Wildlife sanctuary, formed in 1973.There are 13 Reserved Forests in this sanctuary. Wayanad wildlife Sanctuary is a part of Nilgiri Biosphere Reserve and a variety of large wild animals such as Indian Bison, elephant, deer and tiger are found here.

Visit the breathtaking beauty of Edakkal Caves, in the Ambukuthy Mountain, which is believed to have been a shelter of Neolithic people. You may also visit the Glass house of Kottamuda, Pazhassi Tomb, Chembra Peak, Banasurasagar Dam, and Padinjarethara.

Overnight stay at hotel in Wayanad.

Estimated travel time: 4 hours Mudumalai or “Ancient Hill Range” is situated on the northwestern side of the Nilgiri Hills, at a point where the Western Ghats meet the Eastern Ghats. It is a mixture of flat land, undulating parkland, open grassland, swamp, valleys and nullahs. It is one of the first wildlife sanctuaries in India and ranks among the top in the visual beauty of its changing seasons. The sanctuary provides one of the most important refuges for the elephant and bison in India. The park encompasses some 320 sq kms of undulating terrain and varrying vegetation.There is a rich diversity of wildlife within the sanctuary including Nilgiri tahr, sambar, tiger (about 48 tigers), spotted deer, and flying squirrel and more than 120 species of birds. We spend part of the afternoon on a short safari spotting the variety of wildlife within the park. Other place to visit at Mudumalai Moyar River, Elephant Feeding Camp, Madumalai Museum etc.

Early morning proceed to the imagine life as a Maharaja, Mysore. On arrival at Mysore check in the hotel. Freshen up and relax at the hotel. The city of Mysore is also known as the ‘City Of Palaces’. The beautiful Mysore Palace is a masterpiece meticulously planned and designed by the English architect Henry Irwin and formerly the seat of the famed Wodeyar Maharajas of Mysore. The palace provides you a spectacular view when lighted with 97,000 electric bulbs shining against an inky black night. Along with sandalwood products, silk and crafts, Mysore is also famous for its celebration of the ten-day Navaratri (Dasara) festival held every year. Afternoon join the throngs of pilgrims at Chamundi Hills, with its Chamundeswari Temple on top, and Nandi the Bull (the bull the god Shiva rides) a short walk below.Aslo visit the Lalitha Mahal is located near the Chamundi Hills. In the evening visit the Devaraja fruit and vegetable market, which is certainly one of the most colorful in India. Return to your hotel for dinner and overnight stay.

Day 7: Mysore After breakfast Star your day from the art gallery of dayaganmohan Palace, contains one of the largest collections of artefacts in South India and Karanji Lake is surrounded by a nature park consisting of a butterfly park and a walk-through bird Sanctuary. Kukkarahalli Lake also called Kukkarhalli Kere, located in the heart of the Mysore city. Later visit Brindavan Garden – the famous gardens at the Krishna Raja Sagar Dam. Also visit the Railway Museum at Mysore, was established in 1979 by Indian Railways. We head to the train station in the evening to catch our overnight sleeper train to Chennai.

Arriving early into Chennai (Madras) we continue south (approx 90 mins) to the small village of Mamallapuram contains India’s historic examples of Dravidian structure and sculpted rock panels. The beautiful and ancient sculpture makes the town and recognized UNESCO World heritage site. The impressive groups of monuments at Mamallapuram were sculpted by the Pallava kings during the 7th and 8th century A.D…On arrival check in hotel. In the afternoon, perhaps after you have enjoyed a swim or jog along the beach, explore the monuments by bicycle or on foot, on our guided tour. Visit the 7th century Shore Temple, a twin-temple dedicated both to Vishnu and Shiva, owing to its extraordinary location abutting the sea also visit the Five Rathas, sculpted in granite. Dinner and overnight stay at hotel.

After breakfast ready to attend the arti ceremony at Thirukadalmallai temple, dedicated to Lord Vishnu. Visit Arjuna’s Penance, also known as or the Descent of the Ganges. A huge bas-relief filled with detailed carvings, including a family of elephants and monkeys. Later visit Trimurti cave is a triple celled temple for the three gods of the Hindu pantheon, Brahma, Vishnu and Siva and Varaha Cave Temple, an example of Indian rock-cut architecture. Mamallapuram is also a favorite shopping haunt for South Indian artifacts, both wooden and granite-based. Dinner and overnight stay at hotel.

Estimate Travel Time: 2.5 hours drive and 5 1/2 hours train ride In the morning we drive to Pondicherry, a beautiful and well planned city was the erstwhile French colony on the east coast of South India merged with the rest of the country in 1954. The French element is remarkable everywhere in the city, and gives a unique look. The town is almost filled with a lot of heritage buildings and monuments like, the backwaters, temples, churches, mosques, etc. Later during the day we catch a day train for a 5 1/2 hours ride to Madurai. On arrival check in hotel. The city of temples Madurai has been an important commercial center since as early as 550 AD. Madurai is surrounded by several mountains and 3 hills as its city boundary. It was the capital city for the great Pandya kings. Due to its rich cultural heritage and architectural magnificence, the city is often referred to as the ‘Athens of the East’. The city of Madurai has been built in the form of a lotus and is built around the temple. Dinner and overnight stay at hotel.

Early morning of day 11 we will have an interesting and unique cycle rickshaw tour of Madurai. Visit the temples of Madurai like the Vandiyur Mariamman Temple, Koodal Azhagar Koil temple dedicated to Lord Vishnu, Badri Narayanan temple dedicated to Lord Balaji,Thirupparamkunram Murugan Temple and Azhakar Kovil (Thirumaliruncholai or Azhakar temple), is a temple dedicated to Vishnu. After our tour of the temple complex watch the famous Gandhi museum and Tirumala Nayak palace and enjoy the shopping market and the area where aluminum products are made. In the late evening visit the Meenakshi temple for the night time rituals. Filled with incense, people and noise this is a wonderful spectacle. Return to your hotel for dinner and overnight stay.

Estimated travel time 4 hours Early morning derive to the breathtaking beauty of Thekkady in Idukki District, captures the essence of all that is wild and wonderful, adjacent to Periyar National park is the spice capital of India. The rolling hills around the region grow some of the finest cardamoms in the world and are aptly called Cardamom hills, exotic spices like cloves, pepper (black gold), nutmeg, cinnamon and a lot of medicinal herbs are in abundance. Periyar National Park is primarily famous for Elephants, Tigers, Leopards, and Malabar Flying Squirrels etc This afternoon enjoy Bamboo rafting and trekking a unique activity in the Periyar National Park, where you can take a hiking and rafting trip through the deep jungles of the Periyar Tiger Reserve. In the evening see the magnificent view of sunset through Boat riding on Lake Periyar.

Estimate Travel Time: 5.5 Hours (145kms) This morning start your Journey to the rich beauty of coastal Kerala. On arrival check in houseboats hotels equipped with all modern facilities. This afternoon enter to the heart of earth by the medium of backwaters and enjoy sun-kissed beaches, sounds of rippling water which create a perfect mood to bring you in a romantic world. One of the most peaceful and relaxing things you can do in Kerala is take a trip in a houseboat along the palm-fringed Kerala canals, known as the backwaters which gives you a perfect chance to explore the island with a local person to observe the different facets of local life and chance to meet and talk with the people who live here. One of India’s best homestays such as Vembanad House, on the banks of Vembanad Lake where you can enjoy food cooked by a chef and alcoholic drink made from coconut on board the boat make the unforgettable experience. Return to your houseboats hotel for dinner and overnight stay.

Depart This morning visit the Ambablapuzha Sreekrishna Temple,famous for its paintings of Dasavatharam.Later visit Pathiramanal a small island, also referred to as beach of midnight and it is a favorite place of hundreds of rare migratory birds. Also enjoying the hospitality of our family home stay. We may learn how to cook some of the wonderful food, watch the toddy tappers at work, or simply wander around the village and explore more of the life on the backwaters. Then we travel back to our starting point at Kochi. Firstly we take our private boat (approx 1 1/2 hours) down to Alappuzha (Alleppey), slipping silently through sleepy canals. Then we jump on a local bus for our last journey (approx 2 hours) through the villages and roads of Kerala back into Fort Kochi. The trip ends on arrival back in Kochi in the early afternoon.