Mountains and Mystics of India 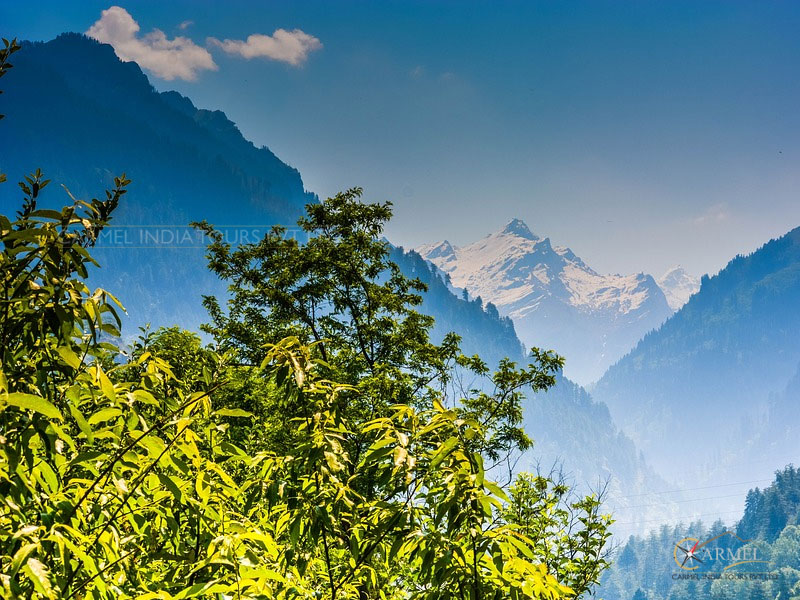 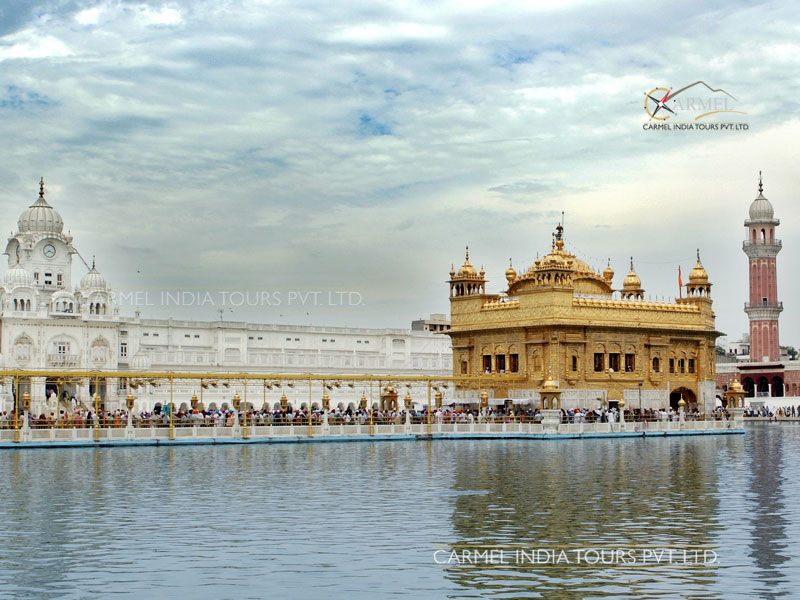 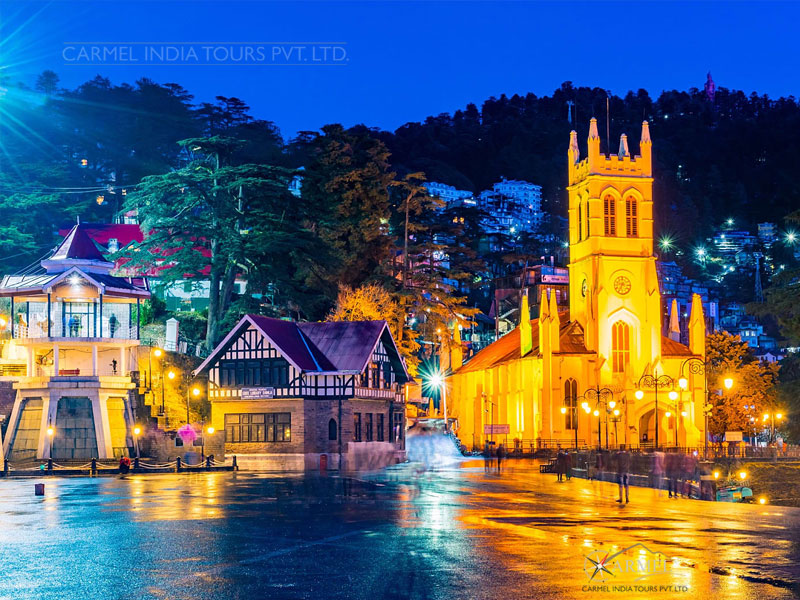 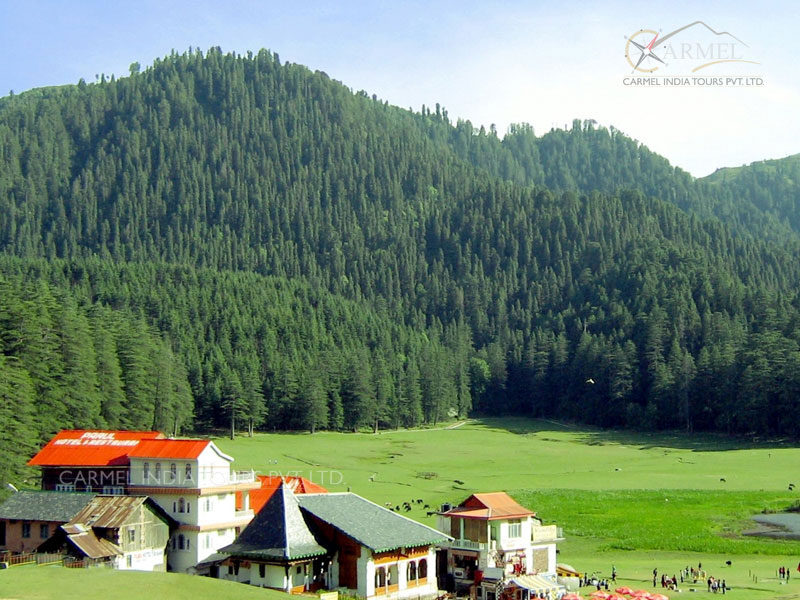 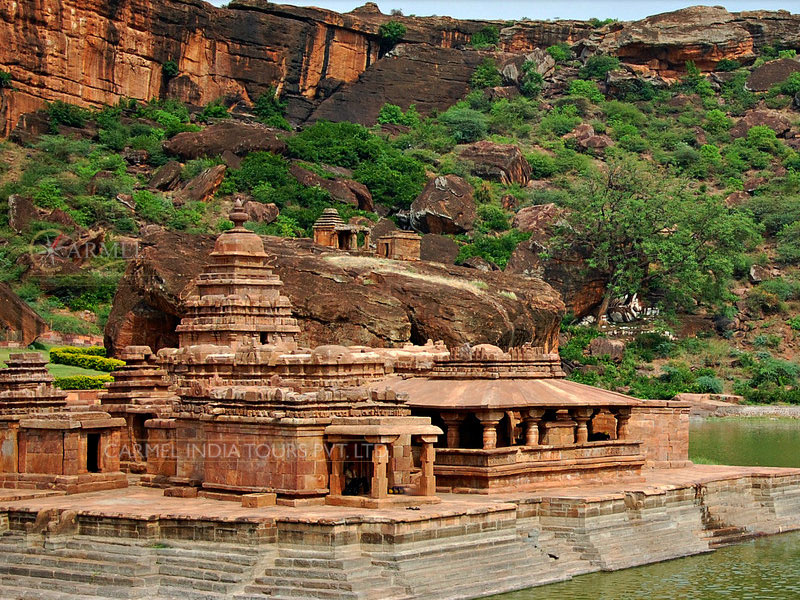 Mountains and Mystics of India Tour with Golden Temple

Mountains and Mystics of India Tour Package of Delhi, Shimla, Mandi, Dharamsala, Dalhousie, Khajjiar, Chamba Valley, Amritsar is a tour of some very significant tourist attractions of the himalayan hilly state Himachal Pradesh including Amritsar in Punjab and tour of tourist attractions in Delhi; we offer best rates for superior transport, luxury accommodation and tour arrangements at discounted rates for tour of Mountains and Mystics of India holiday package.

Welcome to fascinating city of India, Delhi. On arrival at Delhi Airport, you are welcomed by our representatives with a traditional Indian greeting and move to your hotel. Freshen up and relax at the hotel. Delhi, India’s capital is an exciting, busy, sometimes chaotic city and be amazed by the historical sites from different eras, museums and galleries, sounds & smells, shops and endless bazaars of Delhi. Delhi is a city that combines the historic and the modern in its own unique way. The city’s importance lies not just in its past glory as the seat of empires and magnificent monuments, but also in the rich and diverse cultures. In the afternoon, proceed for a half-day walking tour of Delhi visit the impressive Jama Masjid and the Red Fort a wonderful monument build by Mughal king called Shah Jahan.Later visit Humayuns Tomb and Qutub Minar – both of which have been declared UNESCO World Heritage Sites. In the evening go for delicacies eating joints and handicraft shopping at Delhi Haat. Dinner & overnight stay at hotel.

This morning proceed for by train Shimla known as the Queen of Hills, situated amidst the snow capped shivalik mountain ranges offering some beautiful views of the mighty Himalayas. Name of Shimla has been derived from the goddess Shyamala Devi, an incarnation of the Hindu Goddess Kali.Shimla, the former summer capital of British, where British viceroys once gathered to escape monsoonal heat. Shimla is steeped in colonial history with its glorious age old structures standing testimony to its legendary past. On arrival Check in Hotel. Rest of the day is at leisure or you can take a walk on the shopping centre of the capital city at Mall road. Dinner & overnight stay at Hotel

After breakfast at the hotel, proceed for a half day excursion to Kufri (2500mts) a beautiful place surrounded by dense forest and snow capped mountains amidst virgin peaks and natures flora and fauna. Visit Indira Bungalow & the Himalayan Zoo. You can also take a hike or a take a Pony up to Mashu Peak. In the afternoon return back to Shimla to visit the Jakhoo hills which, offers stunning view of the Shimla town and Summer Hills, known as Porter’s Hill. Later visit St Mary’s Church constructed in 18th century, Christ Church the second oldest church in northern India. In the evening visit Scandal Point is a popular tourist site located on the Mall Road. Dinner & overnight stay at Hotel.

Today proceed for Mandi, Situated on the banks of the Beas River, was once on the salt trading route to Tibet. This is a historic town also known as the gateway to the Kullu valley. Mandi is also famous for its 81 old stone temples with exquisite carvings, thereby earning it the title of ‘Varanasi of the Hills’. On arrival check in hotel. Later explore the riverside temples and ghats and get a taste of imperial life staying in a palace of the former Raj. Visit Triloknath Shiva Temple, built in the Nagari style with a tiled roof and Bhutnath Temple, one of the ancient temple dating back to the 1520’s. Later visit Syamakali Temple also known as the Tarna Devi Temple, situated on the Tarna Hill and Ardhanarishvara Temple, symbolizing the male and female principles of cosmic evolution. Dinner & overnight stay at Hotel.

This morning travel to the home of the exiled Dalai Lama, Dharamsala, also known as “The Little Lhasa”. Dharamsala overlooks the plains and is surrounded by dense pine trees and Deodar forests. It provides breathtaking views of the snow-laden mountains, quaint old monasteries and teeming with Buddhist nuns and cool healthy atmosphere makes the surroundings very attractive. Dharamsala popularly known as McLeodganj, famous for its colourful temple, Gompas and busy bazaar, which provides a mixture of simple life style. The Town has a large Tibetan refugee settlement. On arrival check in hotel. In the evening see old Tibetan women in their traditional clothes tuning their prayer wheels, could well be in Tibet. Enjoy dinner and a comfortable overnight stay at the hotel.

This morning after breakfast ready for the sightseeing tour of Dharamshala/Mcleodganj visiting “Namgyal Monastery”, the Dalai Lama’s main Temple. It houses giant stucco statues of the Buddha, Avalokiteshwara and Padmasambhava,Bhagsunag Temple and the spectacular Bhagsunag waterfalls, Church of St. John, constructed in the year 1852, War Memorial, surrounded by landscaped gardens, was set up to commemorate the soldiers who fought for India in post independent India. Afternoon visit Kangra Valley, one of the most serene and scenic valleys famous for its picturesque beauty and wide variety of flora and fauna also visit Kangra Art Museum, which displays artifacts that date back to the 5th century. Later visit Dharamshala Cricket Stadium. In the evening explore the Kotwali Bazar famous for jewellery, arts, and crafts. Return to your hotel for dinner & a comfortable overnight stay.

This morning take a tour of the Norbulingka Institute offers a chance to see the creation of traditional Tibetan art. Later head to Dal Lake surrounded by deep Deodar forests to take holy dip which removes all the miseries and will be blessed by Lord Shiva. Afternoon ready for trekking to Hanuman-ka-Tibba, which is one of the highest points in the Dhauladhar Mountain Range, known as the ‘White Mountain’ and get panoramic sunset view over the Dhauladhar mountain range. Return to your hotel for dinner & overnight stay.

Today discover the beauty of Dalhousie the former summer place of the British Empire, Picturesque and magnificent hill station situated in Himachal Pradesh state is now a major settlement for Tibetan refugees. It is lies at the fabulous snow-capped Dhauladhar mountain range, surrounded by lofty peaks and dense forests of pine and deodar. Dalhousie is a fabulous place for honeymooners and adventure enthusiasts where you can enjoy leisurely walks and picnics. On arrival check in hotel. This fascinating place has some monumnets of colonial architecture, such as some spectacular churches, Kala Top, Panchpula Lake Mandi, Subhash Boddie, Gandhi Chowk etc. Dinner & overnight stay at hotel.

In the morning after breakfast, proceed for excursion to Khajjiar (22 km), a small picturesque saucer-shaped plateau surrounded by dense pine and deodar forests and scenic beauty of Mother Nature. ‘Khajjiar is a forest glade of great beauty’, popularly known as India’s Switzerland. Trek through forests of deodar climb the slopes, the snow-line rests above these woods. Attractions at Khajjiar the 12th century temple dedicated to Khajji Nag near the Khajjiar Lake.Within the temple are life size wooden images of the five Pandav brothers. Later visit Golden Devi Temple and Kalatope Khajjiar Sanctuary includes pheasants, deer, barking goral, jackal animals etc. Enjoy dinner and a comfortable overnight stay at the hotel.

This morning proceed for the ancient capital of Pahari, founded in 920 A.D. by Raja Sahil Verma situated on the south bank of the Ravi River, at the height of 996 m. above sea level. Chamba, the land of antiquity, art and scenic beauty and famous for its splendid architecture and as the base for numerous excursions. It is a land of spiritual serenity, enchanting vistas, refreshing air, lofty mountain passes and slopes, provides ample opportunities to nature lovers. Chamba is also known for its stylish temples and for its lovely miniatures and handicrafts. On arrival check in hotel. This afternoon visit the Lakshmi Narayan Temple complex, famous for its beautiful classical architectural forms. There are six temples in this complex dedicated to several shrines. Three of these temples are dedicated to Vishnu like the massive Lakshmi Narayan Temple, the temples of Radha Krishna and Lakshmi Damodar and the other three like the temples of Chandragupta, Gauri Shankar and Trimukhteshwara, devoted to Lord Shiva. Dinner and overnight stay at hotel.

This morning after breakfast ready for the sightseeing tour of beautiful Chamba Valley visit Champawati Temple, a stone sikhara temple dedicated to Goddess Champavati and Brajeswari temple dedicated to Sui Mata famous for its colourful paintings around the interior walls of the temple tell the story of Sui Mata. Later visit Chamunda Devi Temple is one of the famous temples for its entire wooden ceiling. Afternoon visit Gandhi Gate the gatway of Chamba built in 1900, Bhuri Singh Museum, which shows the rich culture of this valley the Basohli and Kangra style of paintings is collected in this museum. Also visit the Lama Dal, a Sacred to Lord Shiva, means “a long lake”, Chamera Lake built over the river Ravi, offering numerous water sports facilities to the visitors. In the evening experience traditional life as a guest of a local family in their mountainside farm. Return to your hotel for dinner and overnight stay at hotel.

This morning drive to the holy town of Bharmour surrounded by high lush green mountains was the ancient capital of Chamba, situated at an elevation of 2,195 meters above from sea level. It is a beautiful town with the untouched ancient temples regarded as the land of Shiva, a Hindu god that has significant importance. Bharmour is popular for its natural beauty and Chaurasi temples like the Lakshmi Devi, Ganesh and Manimahesh and Nar Sing which can be reached after a 4 km trek. Return to Chamba for overnight stay.

This morning derives to the home to the world famous Golden Temple formally known as the Harmandir Sahib Amritsar, one of the Punjab’s principal cities. The city takes its name from the sacred pool – Amrit means nectar and Sar means pool, founded by Guru Ram Das in 1574. Golden Temple is situated in the heart of Amritsar is visited by thousands of devotees every day. On arrival check in hotel. Evening visit Indo-Pak Wagah Border to witness the pomp and the daily highlight the evening “Beating the Retreat” ceremony by armed soldiers, both Indian as well as Pakistani. Return to your hotel for dinner and overnight stay.

After breakfast Visit Golden Temple in the middle of a sacred lake is the holiest shrines for the Sikhs, blend of Hindu and Muslims architecture and Durgiana Mandir Amritsar dedicated to the Hindu goddess Durga. Later visit Jallianwala Bagh, where, on April 13, 1919, British and Gurkha soldiers opened fire on an unarmed forbidden gathering, killing hundreds of civilians. After lunch visit Maharaja Ranjit Singh Summer Palace Museum situated in the heart of Ram Bagh and Baba Atal Rai Tower, a nine storied building is an important landmark of the place. Dinner & overnight stay at hotel.

Head back to the bustling capital of India form there you will be transferred to the airport for your flight back home.

Get best travel deals on Mountains and Mystics of Indiatour  package of Delhi, Shimla, Mandi, Dharamsala, Dalhousie, Khajjiar, Chamba Valley, Amritsar or contact us to prepare a custom Leh Ladakh holiday package for you.