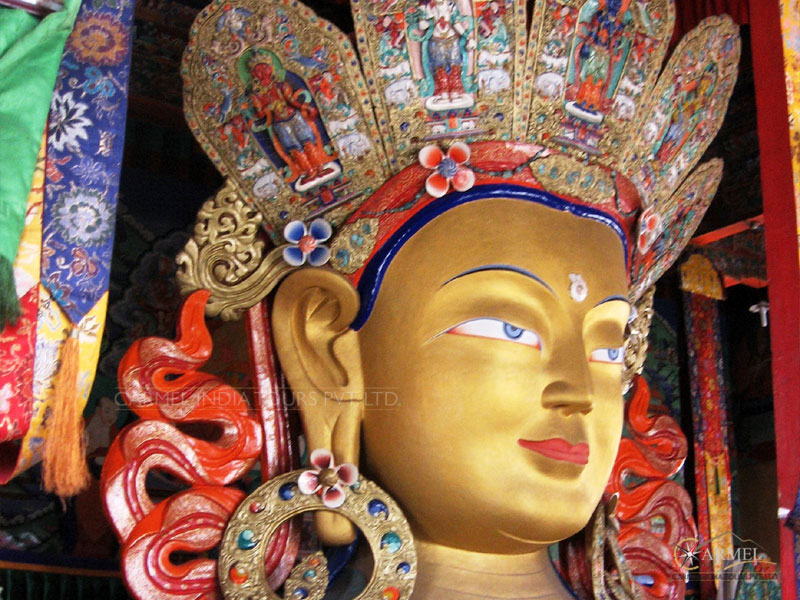 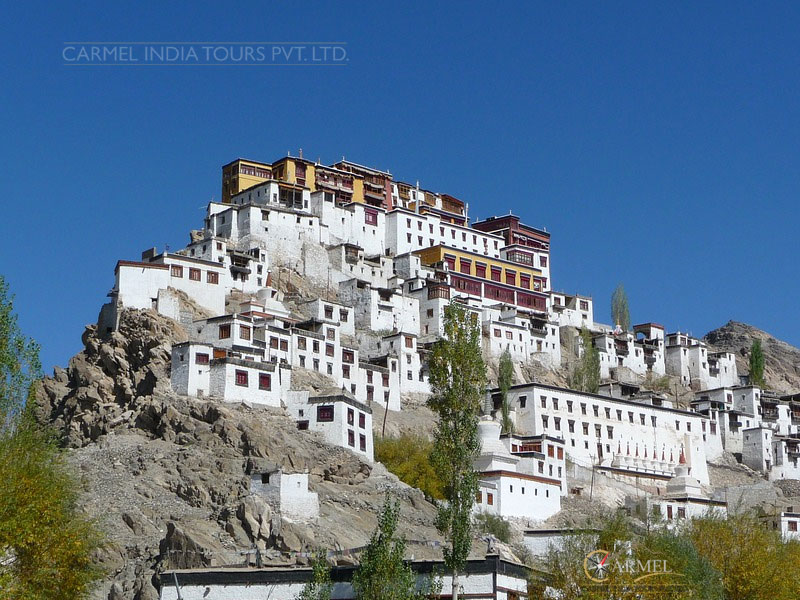 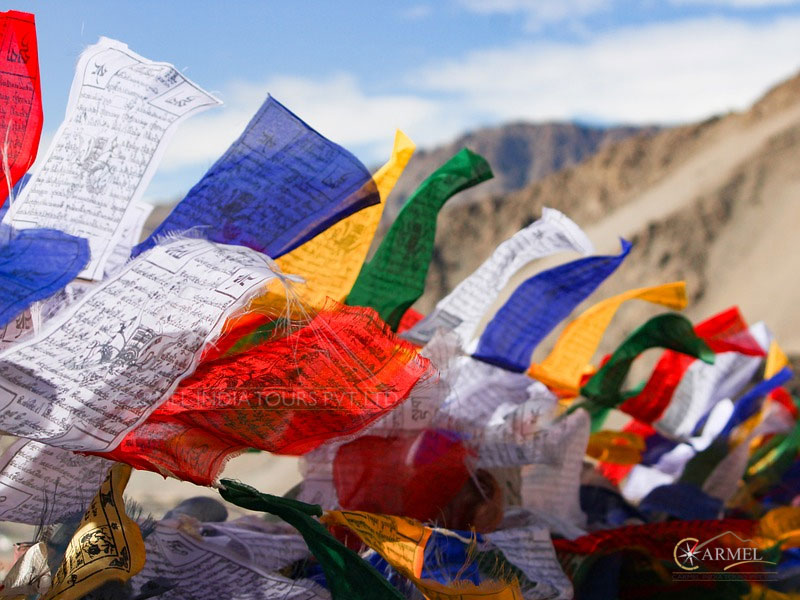 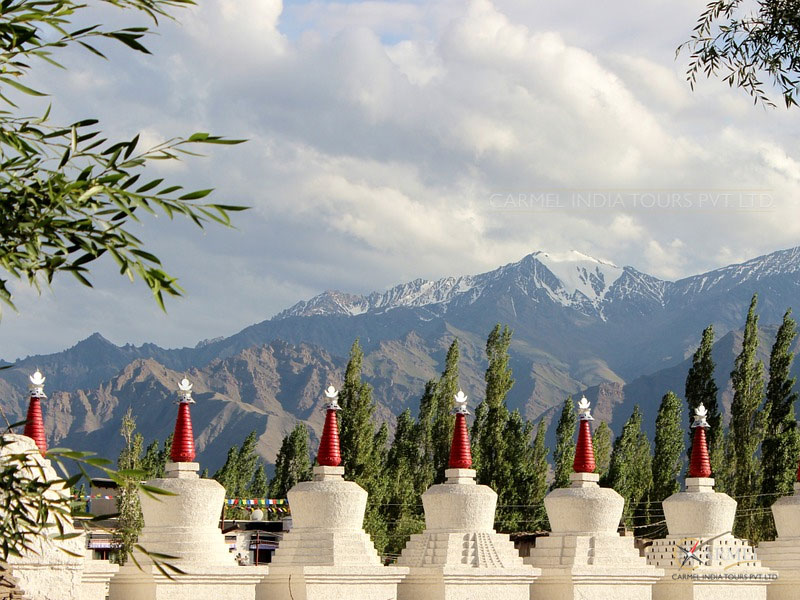 Leh Ladakh Tour Package of Leh, Shey, Thiksey, Hemis, Lamayuru, Uleytokpo is a tour of some very significant tourist attractions of Ladakh in the state of Jammu and Kashmir; we offer best rates for superior transport, luxury accommodation and tour arrangements at discounted rates for Leh Ladakh holiday package.

Welcome to Leh the capital city of Ladakh lies near the eastern parts of Jammu and Kashmir. Take a short and scenic flight over the Himalayas to Leh. The landscape of Leh provides for a lots of adventurous activities including mountaineering, white-water rafting and trekking along the Markha Valley. The major part of the Leh city is covered by ancient Buddhist monuments, Mosques dating back to 16th and 17th centuries. On arrival you are welcomed by our tour representative and transfer you to the hotel. Freshen up and relax at the hotel. Rest of day is at leisure to adjust to the high altitude or in the evening time you may elect to take a short walk and visit the Leh bazaar and towering above the town is the nine story Palace, the residence of former monarchs. Dinner & overnight stay at Hotel.

After breakfast depart for a full-day sightseeing excursion of Shey, once the summer palace of the kings of Ladakh. There are lots of Stupas and Gompas built around the palace. Shey palace was built by Deldan Namgyal in the beginning of 17’Th century AD. Main attraction in Shey is the 12m Shakyamuni Buddha statue inside the Dresthang Gompa. The museum of Shey monastery has a unique collection of royal ornaments, and traditional clothing, along with exquisite thangkas representing the life of the Sakya Muni Buddha. Later drive to Thikse gompa is an imposing monastery and one of the finest examples of Ladakh architecture. The 12 story-monstery complexes contains numerous stupas, statues, thangkas, wall paintings, swords and a large pillar engraved with the Buddha’s teachings. There after visit Hemis is the most famous of all monasteries in Ladakh and contains some of the region’s finest art treasures. It belongs to the Drukpa order and was founded in the early 17’Th century. The setting is perfect with the monastery cradled in a lovely valley, surrounded by streams and fronted by long Mani walls. Dinner & overnight stay at hotel.

This morning proceed for sightseeing of Leh Palace, was constructed by King Sengge Namgyal during the 17th century, Sankar Gompa, famous for its traditional architectural style and has a statue of Avalokitesvara having 1,000 heads and arms and Namgyal Tsemo, constructed by King Tashi Namgyal of the Namgyal dynasty. In the afternoon visit Spituk Monastery, also called as Spituk Gompa, standing majestically on top of a hillock overlooking the Indus Valley. There is a famous Mahakal temple, containing the shrine of Vajrabhairava situated at the top of the hill. Also visit Stok Palace the residence of the Queen of Ladakh, built in the early 19th century. Dinner & overnight stay at hotel.

Drive from Leh to Lamayuru, situated at the junction of Indus and Zanskar rivers, from here till Khalsi you drive all along the Indus River, founded in the 10th century, Lamayuru was once a lake. It was blessed by a lama after which, as legend goes, the water of the lake receded into the mountains leaving a place for the monastery to be built. Lamayuru has fascinating caves carved out of the mountainside. On arrival visit oldest and one of the most famous and spectacularly set gompas of Kagyupa Order dating back beyond the 10th century. The gompa is located at the holy place where Milarepa took shelter and boasts of renowned collections of carpets, thangkas and frescos. Proceed to Uletokpo (55 km- 2 hrs). Check-into the camp for dinner & overnight stay.

Drive from Uleytokpo to Leh. En-route visit Alchi and Likhir Monasteries. Alchi is the only Gompa in Ladakh to have been built on flat ground. The shrines at Alchi, was built in 11th century by the great translater Ringchen Zangpo, are considered to be among the most extensive examples of Buddhist art in Kashmir. Alchi consists five separate temples, among the oldest buildings are Dukhang and Sumtsek temple. The walls are adorned with mandalas and sacred forms that illustrate the structure of Buddhist cosmology. Later visit Likhir Known as “water spirits”, also known as the KLUKKHYIL Gompa was built in 14th Century. Likir Gompa situated atop a windy cliff overlooking the beautiful village of Likir. The Gompa has a number of enormous clay statues of the Buddha in different forms & was the wealthiest monastery to be established in Ladakh under direct Tibetan influence. The main attractions of the monastery are its architecture, murals, thangkas, 75 feet statue of Buddha and stupas etc. Reached Leh check in hotel.

Full day at leisure or you can visit some other beautiful places like Jama Masjid, Sun Temple, Suru Valley and Stok Palace is the residential palace of the royal family etc.You can also explore the local bazaar of Leh. Dinner & overnight stay at hotel.

Get best travel deals on Leh Ladakh Tour package of Shey, Thiksey, Hemis, Lamayuru, Uleytokpo or contact us to prepare a custom Leh Ladakh holiday package for you.