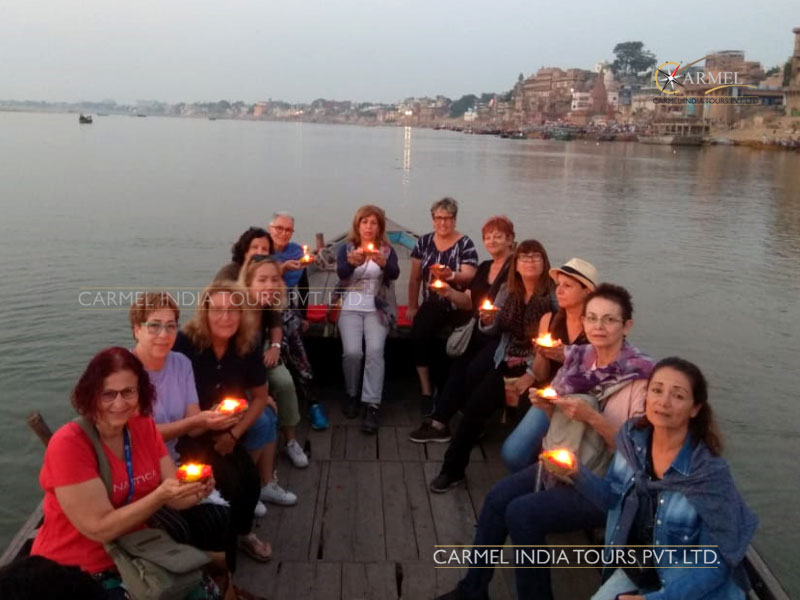 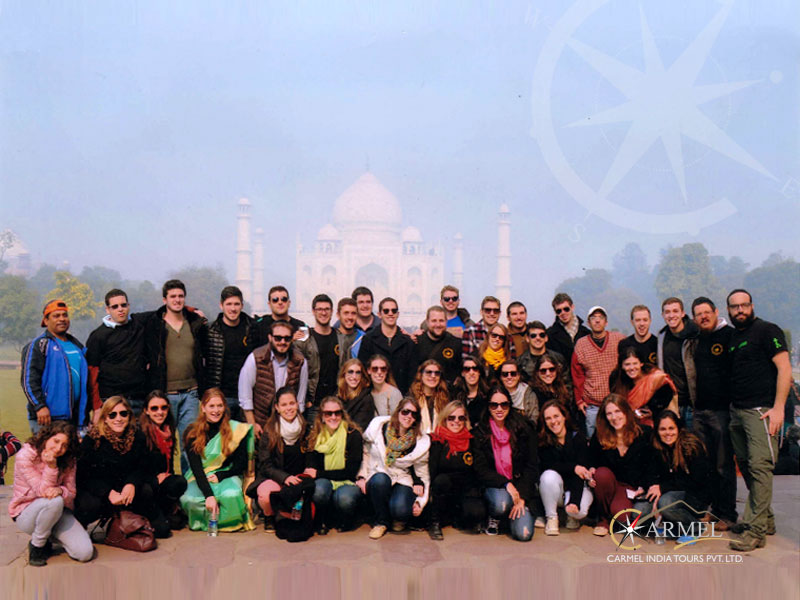 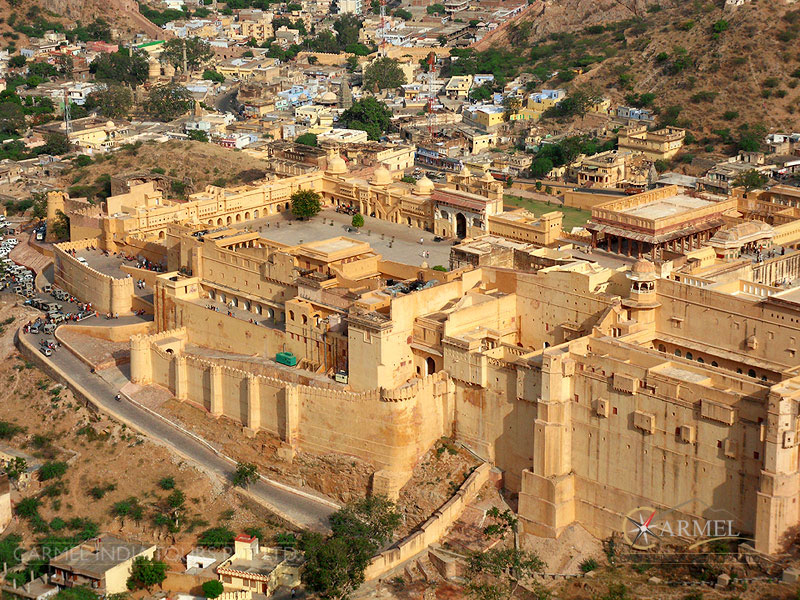 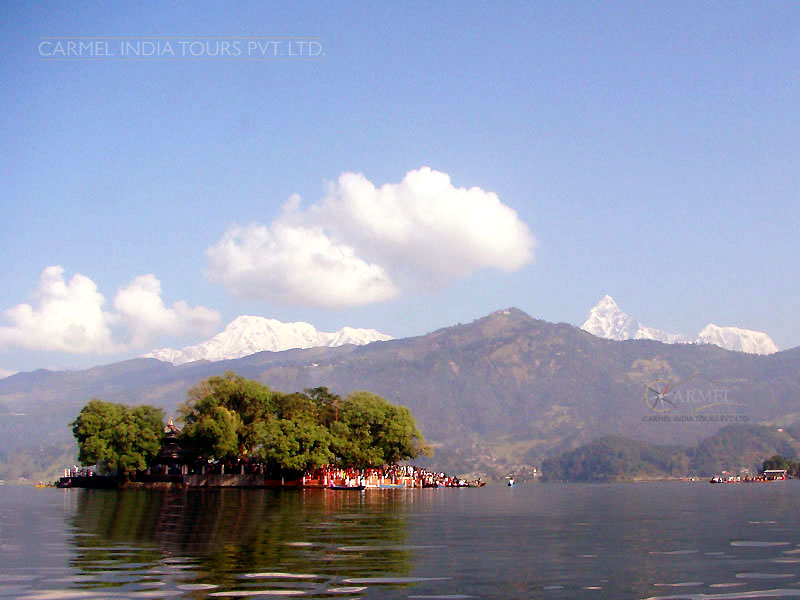 Best of India and Nepal Tour

Meet and greet at the airport on arrival by Carmel representative and transfer to hotel. On arrival check into the hotel. Overnight at the hotel.

Full day tour of Delhi with visit to Jama Masjid Mosque, the largest in India, has a courtyard that can hold 25,000 worshippers. Enjoy rickshaw ride at Chandni Chowk. India Gate, delhi India Gate, delhi Also visit Gandhi Memorial – RAJ GHAT – Set in the midst of deep green lawns, Rajghat is the place where Mahatma Gandhi was cremated. Later continue your tour and drive past the President’s House, Parliament House, Government Secretariat Buildings, Stop at India Gate. Also visit to Humayun’s Tomb, a UNESCO World Heritage Site dating from 1570 AD and the first garden-tomb on the Indian sub-continent & Qutab Minar the tallest Minarets. Overnight at the hotel.

After breakfast transfer to airport to board the flight to Udaipur. Arrive Udaipur and transfer to hotel. Evening enjoy boat ride on lake Pichola. Overnight at the hotel.

After breakfast proceeds to visit Eklingji, houses 108 temples chiselled out of sandstone and marble, this temple of Eklingji was built in 734 AD. Further visit Nagda located at 23 kilometres from Udaipur, is the former capital of the ancient Mewar. Afternoon visit the City Palace built in 1725; the grand City Palace is actually a conglomerate of eleven palaces overlooking the sprawling Lake Pichola. Visit the Jagdish Temple, the largest and most venerated temple of Udaipur & Sahelion-Ki-Bari. Overnight at the hotel.

After breakfast drive to Jodhpur Enroute visit Ranakpur The pilgrimage town of the Jains, renowned for some marvellously carved Jain temples After the sightseeing continue drive to Jodhpur. Upon arrival check in at hotel. Afternoon proceed for sightseeing tour of Jodhpur visiting Mehrangarh Fort, one of the largest forts in India, and Jaswant Thada, a 19th century cenotaph.. Overnight at the hotel.

Morning after breakfast drive to Jaipur en-route visit Pushkar. On arrival check into the hotel. Overnight at the hotel.

After breakfast visit Hawa, Mahal, Jaipur, excursion to the splendid Amber Fort, an architectural masterpiece of great historical significance. Later visit City Palace & Museum which opens a door into the opulent world of the Rajput princes and the treasures with which they surrounded themselves. Also visit Jantar Mantar, the world’s biggest stone Observatory, built by Maharaja Jai Singh II, between 1727 and 1733 AD. Further visit the Palace of Winds also known as Hawa Mahal. Bollywood movie show at Raaj mandir in the evening. overnight at the hotel.

After breakfast drive to Agra en-route visiting the old deserted town of Fatehpur Sikri. On reaching Agra check in to hotel. Later visit the massive Agra Fort, with splendid remains of sandstone and marble palaces. Sunset visit to the Taj Mahal, one of the world’s most admired architectural masterpieces. Overnight at the hotels.

Early morning transfer to train station to board your train to Jhansi. From Jhansi station we start our drive for Khajuraho en-route visiting Orcha. Late afternoon drive to Khajuraho and check into the hotel. Overnight at the hotel.

Morning visit Khajuraho Sculpture Khajuraho Sculpture Eastern & Western group of temples. The magnificent temples built by the Chandela kings. They are divided into three – eastern, western and southern groups. Afternoon departure transfer to airport for flight to Varanasi. On arrival proceed to Saranath. Evening take a rickshaw ride to the Ghats to witness the Deepmala ceremony. Overnight at the hotel.

Early morning Boat Ride on the holy river Ganges. Rise before dawn & step gingerly in the boat as the boatman starts rowing the boat. Witness the daily miracle to unfold, as the Sun appears triumphantly over the horizon. After breakfast transfer to airport for flight to Kathmandu. On arrival meet and transfer to hotel. Later today visit to Durbar Square, is the historic seat of Shah Dynasty. The Durbar Square, with its old temples and places, epitomizes the religious and cultural life of the people. Evening Nepali cultural programme. Overnight at the hotel.

After breakfast proceed to visit Darbar Square, Kathmandu Darbar Square, Kathmandu Bodhnath – 8 kms from Kathmandu is a colossal Stupa, one of the biggest in the world, is built on an octagonal base. Later visit Bhaktapur, Patan Durbar square. Patan is also known as Lalitpur or the “city of fine arts” and is the oldest city in the valley. This Buddhist City is said to have been founded by Emperor Ashoka in the 3rd century BC. Patan is the cradle of arts and architecture of the valley, a great center both of the Newari Buddhist religion and of traditional arts & crafts with 136 bahals or courtyards and 55 major temples. Later we visit the Swayambhunath, is an ancient religious complex atop a hill in the Kathmandu Valley. Overnight at the hotel.

Morning drive to Pokhara en-route visiting Manakamana Temple by cable car. On arrival in Pokhara, check-in at the hotel. Overnight at hotel.

After breakfast proceed for the sightseeing of Pokhara visiting Davi’s Fall also known as Patale Chhango, Tibetan Refugee camp or Tibetan Handicraft Center and Ki sing Bridge. In evening enjoy boat ride at Pehwa Lake, second largest lake in Nepal and most enchanting of the three lakes that add to the resplendence of Pokhara. Also enjoy walking tour of Lakeside Market. Overnight at hotel.

After breakfast fly to Kathmandu.. On arrival connect evening flight to Delhi. On arrival meet and transfer to hotel. Overnight at hotel

Transfer to airport for flight back home.

Get best deals on India & Nepal tour package of Udaipur, Ranakpur, Jodhpur, Jaipur, Agra, Khajuraho,Varanasi, Kathmandu, Pokhara including tour of famous tourist attractions and monuments in Delhi or contact us to prepare a custom Best of India and Nepal holiday package for you.