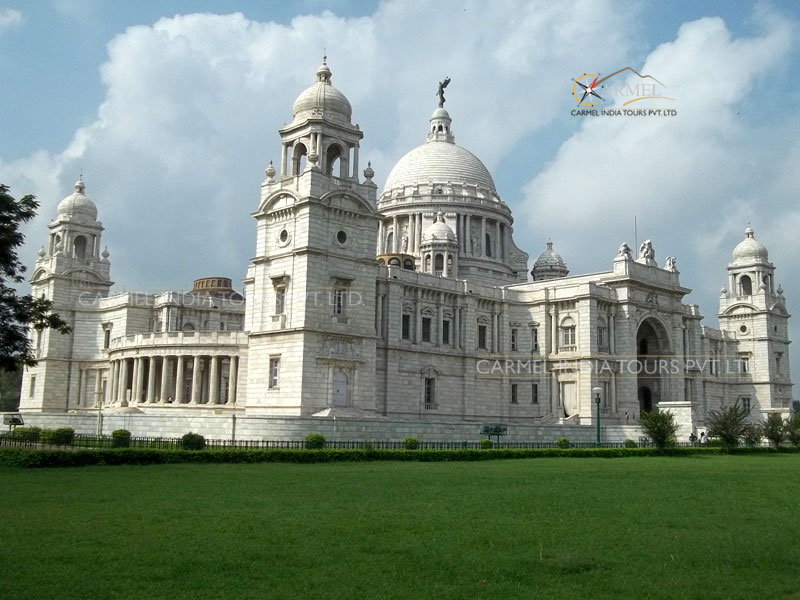 Kolkata, the City of Palaces is the capital of the Indian state of West Bengal, is situated on the east bank of the river Hooghly. The Port of Kolkata is India?s oldest operating port and it is the cultural, commercial and educational centre of East India. Kolkata is also known Kalikata in Bengali, formerly Calcutta, and the City of Joy, for the lively, friendly and loving behavior of all the citizens of the city. Kolkata generates a number of great personalities like poets, writers and film directors.

The history of Kolkata is not much old. The cultural capital of India was established in the year 1686; British East India Company came on the bank of the river Hooghly and took Kolkata as its trading post including two other villages and Calcutta became the capital of British India in 1772. In 1756, the nawab of Bengal, Siraj-ud-daullah captured the village but soon it was recaptured by the British on the battlefield of Plassey, in 1757. Calcutta was the capital of India, till 1912, but after the independence of India in 1947, Calcutta became the capital city of the state of West Bengal.

Calcutta hosts a variety of fairs, film fests, music conferences and folk fairs. Durga Puja in kolkata can be found as far back as the middle ages. It attracts national and international tourists by offering them a number of tourist places like museums, galleries, heritage buildings, amusement parks, temples, churches and synagogues.

Best Places to Visit in Kolkata

Belur Math Shrine
It is situated by holy river Ganges. . The serene campus of Belur Math on the Ganga includes temples dedicated to Sri Ramakrishna, Sri Sarada Devi and Swami Vivekananda, in which their relics are enshrined, and the main monastery of the Ramakrishna Order.

Dakshineshwar Kali Temple
This is a very famous temple located in Dakshineswar, near kolkata. The deity of the temple is Bhavatarini. It is well constructed with good architect.

Howrah Bridge
It is also known as Rabindra setu and a famous landmark of Kolkata. It is considered as one of the wonders of the world. It is one of three bridges on the river Hoogly and is the most famous symbol of Calcutta as well as West Bengal.

Park Street
The Park Street is officially called Mother Teresa Sarani. One of the most happening places of Kolakata, it is also called the food street and the street that never sleeps.

Kalighat
Kalighat Temple is a place for worshipping Goddess Kali. It is said that the old temple was housed within a small hut. . Kalighat is believed to be a place where Goddess Sati?s last finger of her left hand was dropped.

Maidan
Maidan is situated at the heart of the city and is one of the main attractions of the city. Maidan is considered to be the landmark of the city.

Eden Gardens
This stadium is considered one of the finest in the world and is often termed as the ?Lords of Asia?.Eden Gardens is the second largest stadium in the world just after the cricket ground at Melbourne.

Indian Museum
It is the largest and oldest museum in India and has rare collections of antiques, armour and ornaments, fossils, skeletons, mummies, and Mughal paintings.

Marble Palace
It is one of the best-preserved and most elegant houses of nineteenth-century Calcutta.[1] The mansion is famous for its marble walls and floors, from which its name derives.

Kolkata has a tropic wet and dry climate. Summer (March-May) is the hottest season with maximum temperature crossing 40°C and minimum above 30°C. Monsoon (June to September) provide a major portion of annual rainfall and heavy showers are occurring during this season. Winter (November to February) enjoys a cool climate with temperature hovering around 9°C to 11°C.

How to Reach Kolkata

By Air
Netaji Subhash Chandra Bose International Airport is situated at Dumdum, which is about 17 kilometres away from the heart of the city. This airport has good connectivity across major cities in India and abroad.

By Train
Kolkata has an efficient network of railways and is well linked to cities across the country. Superfast trains such as Rajdhani Express and Shatabdi Express connect Kolkata from Delhi and nearby places. There are two major railway stations in the city ? one is located in Howrah and the other at Sealdah.

By Road
Kolkata is connected with most of the Indian cities by road. Kolkata has a broad network of government and private buses. The Calcutta State Transport Corporation (CSTC), Calcutta Tramways Company (CTC) and West Bengal Surface Transport Corporation (WBSTC) run regulars bus service in the city. The Esplanade Terminus in the heart of the city is the main bus terminus.