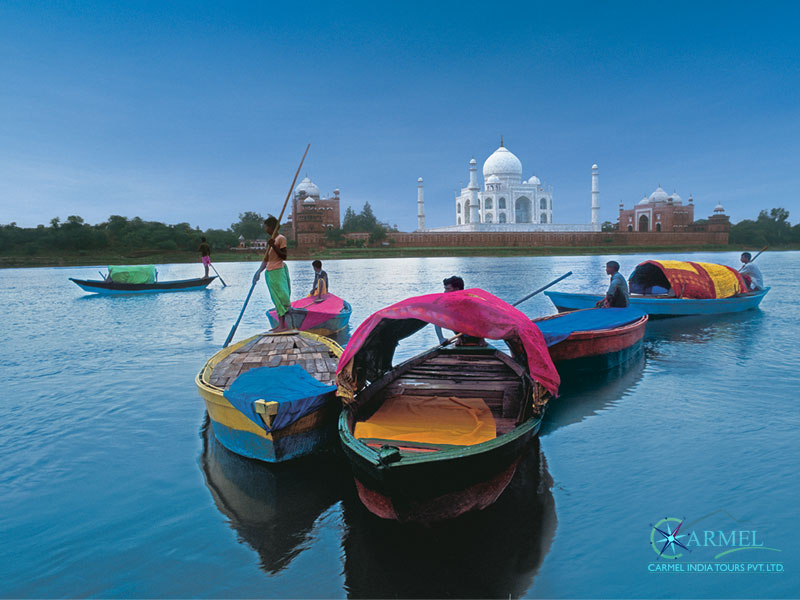 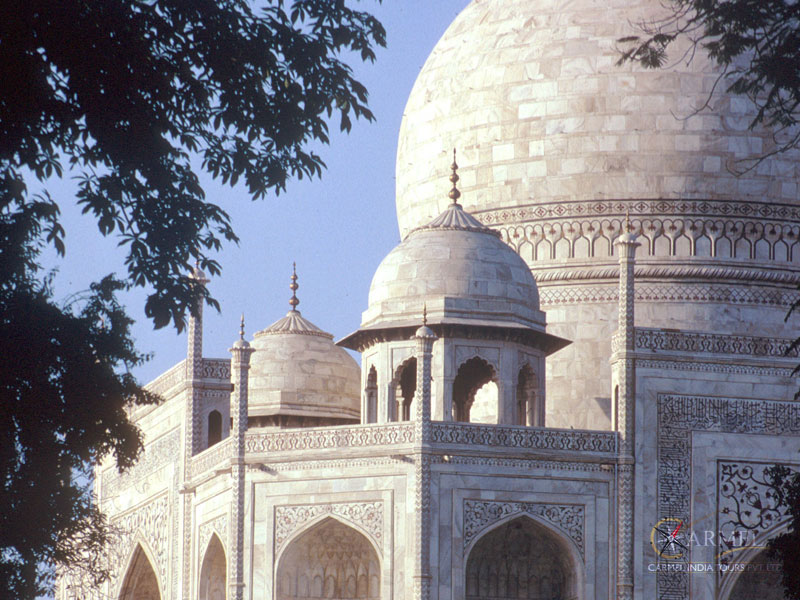 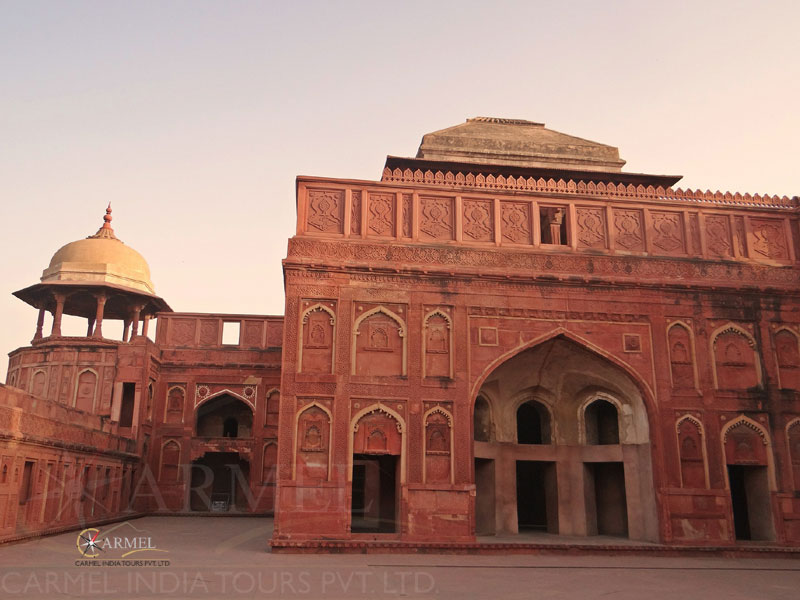 Agra is situated on the banks of the river Yamuna in the north Indian state of Uttar Pradesh. It used to be the former capital of Hindustan. Agra is mentioned in the famous Hindu epic Mahabharata, where it was called Agrevaa. Agra is said to be founded by Raja Badal Singh around 1475. It became the capital of the Sikandar Lodhi in 1501. Babur defeated the Lodhi in 1526 to capture the city and established Mughal Empire in India.

The Mughal Emperors converts their love of architecture into beautiful monuments such as Taj Mahal, Agra Fort, Fatehpur Sikri and Sikandra whose architecture is famous all over the world declared World Heritage Sites by UNESCO. Agra was the center of art, culture, commerce and learning during the reign of Akbar, Jahangir and Shah Jahan.In 1558 it was known as Akbarabad as Akbar made it the modern city. In 1761 Agra fell in to the hands of Jats. , but in 1803 were replaced by the British.

Agra is famous for various extravagant monument like the world famous Taj Mahal whose construction took 22 years to complete in 1653,built by the ultimate lover of this city Shah Jahan. After Taj Agra fort this memorable building was constructed in 1565 by Akbar after the Agra fort Akbar built the pride of the famous ?Sufi sant? Salim Chishti, Fatehpur Sikri in 1571. During the period of Akbar it was the Mughal capital for 14 years. This city is combination of Hindu and Islamic style that reflects Akbar?s equality to all religion.

Best Places to Visit in Agra

Taj Mahal:- Taj Mahal is a great example of love, also known as 'Token of Love, Devotion & Romance,' built on the mausoleum of Mumtaz, the beloved begum of the emperor Shahjahan. It is the best master piece of Mughal architecture and one of the Seven Wonders of the World.

Agra Fort:- The fort was built in red sandstone by Akbar. Some of the wonderful monuments inside the Agra Fort are Khas Mahal, Jehangiri Mahal, Musamman Burj, Moti Masjid, Sheesh Mahal, and Nagina Masjid.

Moti Masjid:- Moti Masjid also known as the Pearl Mosque for it shined like a pearl built by Shah Jahan for his members of royal court. The Moti Masjid boasts of extensive light white marble and stands on the red sandstone walls.

Jama Masjid:- Jama Masjid is famously known as gem mosque which situated in the north-west of the massive fort. It was built by Shah Jahan in dedication to his favourite daughter.

Itimad-Ud-Daulah:- This marble mosque is perfect piece of craftsmanship built by Shah Jahan between 1647 & 1653 also known as the 'Baby Taj' , which can be compared to a perfect pearl that's why it is also known as pearl mosque.

Chini Ki Rauza:- The tomb of Allama Afzal Khan Mullah, was the Prime Minister of Mughal emperor Shah Jehah and also a famous poet. The facade of the monument is also known for one of finest examples of glazed tile work, called kashi or chini in Mughal era buildings.

Ram Bagh:- The Ram Bagh built by the Mughal Emperor Babur in 1528 is the oldest Mughal Garden in India,located about five kilometers northeast of the Taj Mahal in Agra. It is the nice manicured lawns and variety of plants. The original name of the bagh was Aram Bagh, which was later corrupted to Ram Bagh.

Mankameshwar Mandir:- is one of the ancient temples devoted to Lord Shiva situated at Rawatpara near Agra Fort Railway Station. The shivlinga of the temple is covered by the silver metal and was founded by Lord Shiva himself during Dwapara era, when krishna was born in mathura.

Panch Mahal:- A five-storey persian architecture that resembles a Buddhist monastery. It is also known as ?Badgir?, which means wind catcher tower. Each storey is narrower than the lower one for easy flow of air during summer.

Sikandra Fort:- The Tomb of Akbar the Great is an important Mughal architectural masterpiece, 13 km away from the Agra Fort in Sikandra. The Sikandra fort is one of the preserved monuments in India. Akbar himself planned his own tomb and after his death, Akbar?s son Jahangir completed the construction in 1605-1613.

Climate:- During the summers, the daytime temperature hovers around 46-50 degree C. Nights are relatively cooler and mercury dips to a comfortable 30 ° C. Winters are bit chilly but are the best time to visit Agra. The minimum temperature sometimes goes as low as -.2 to -.4 °C but usually hovers in the range of 6-8 ° C.

Best Time to visit Agra
If you are looking to visit Agra, the best time is during October-March(winter) are very cool and temperature can touch as low as 2 °C.During October-November, the atmosphere is little bit cool with sunny weather in mid day. January is the coldest month,the subzero temperature levels are common during nights. February-March is the time when the nights are cool and the days filled with bright sunshine.

How to Reach Agra

By Air: Agra's Kheria airport is also a military base. It is a seasonal commercial airport and is connected only by Air India flights from New Delhi. The flight from Delhi to Agra is less than an hour long.
By Train:- Agra is located in between the main train lines from Delhi to Mumbai and from Delhi to Chennai. It is like a junction and this makes Agra easy to reach by train from almost anywhere. From Delhi, you can reach Agra by train in about 2-3 hours. There are also luxury trains that stop at Agra such as Palace on Wheels. Agra has tree railway stations.
Road/Self Drive:
The new Yamuna Expressway has reduced the travel time by road from Delhi to Agra to less than three hours. It starts from Noida and a toll of 320 rupees per car for a one way trip (520 rupees round trip) is payable.