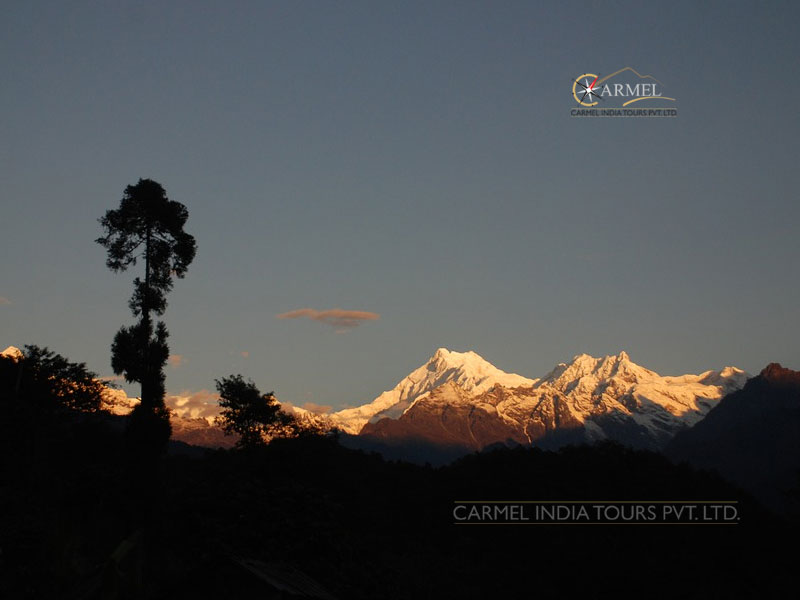 Gangtok is the bustling hill station and the capital city of the Himalayan state of Sikkim, Situated on the Shivalik hills. It is the largest city in Sikkim and the hub of different activities of this North-East Indian state. The meaning of the name Gangtok is not clear, though the most popular meaning is ?hill top? which is derived from the Tibetan word. Gangtok is also known as the Switzerland of the east, as it is highly organized and beautifully maintained.

There isn?t anything much known about the history of Gangtok. However, the earliest record said that the existence of Gangtok is in 1716, from the construction of hermitic Gangtok Monastery. The city was remain quite unexplored until British controlled over Gangtok and declared it as the capital of Sikkim in the mid of 19th century. After India?s independence in 1947, Sikkim became a nation-state and Gangtok as its capital. The trade between India and Tibet continued to flourish through the Nathula and Jelepla passes.

Today, Gangtok is a centre of Tibetan Buddhist culture, learning, business, political, cultural, education and a number of tourists come throughout the year, it is also a perfect blend of traditions and contemporary fashion and trends.

Best Places to Visit in Gangtok

Deer Park
Deer park also known as the Rustamji Park. The park is home to some animals like the Red Panda and the Himalayan Bear. There?s also a big statue of Lord Buddha in the park premises, in front of which a butter lamp burns perpetually, surrounded by exotic flowers.

Enchey Monastery
Located at a distance of 3 km from the city, the monastery is built on the spot, which is believed to be blessed by Lama Druptab Karpo. Enchey Monastery meaning solitary temple, was built in 1909 and is a 200 year old monastery.

Ganesh Tok
Ganesh Tok, a small temple, is located at a distance of 7 kilometre from Gangtok. Besides its size, the temple is also known for the bird?s eye view of several places such as the Gangtok town, the mount Kanchenjunga and the Raj Bhawan Complex.

Do-Drul Chorten Stupa
Do Drul Chorten, the biggest stupa in Sikkim, is located on the hill hock, which is adjacent to the Tibetology Institute. Built as desired by Dud-Zom Rinpoche in 1944, the stupa is girdled with 108 prayer wheels.

Hanuman Tok
Hanuman Tok, dedicated to God Hanuman, is one of the most renowned temples located in Sikkim. . With a total height of 7,200 ft, from the top of this hillock, tourists can enjoy beautiful view of Gangtok town along with the nearby hills.

Tashi Viewpoint
Tashi View Point constructed by the King of Sikkim, Tashi Namgyal, is located at a distance of 4 km from Gangtok. The place also has a perching shed along with cafeteria, which provides shelter and a perfect resting spot to tourists.

Rumtek Monastery
Rumtek Monastery, located at a distance of approximately 24 km from Gangtok in Rumtek, is one of the most important sites for almost every Buddhist. This monastery was originally built in the 16th century, under the supervision of Wangchuck Dorge.

Tsomgo Lake
Tsomgo Lake is located 35 km away from the city on the Gangtok-Nathula highway. The water in this lake has been accumulated from the melting snow on the mountains located nearby.

Gangtok enjoys a gentle, moderate climate all year through. Summers (April end June) are mild and mercury levels range from an average maximum of 22°C. Monsoons (July - September) offers heavy rain falls and often causes landslides in the region. Winters (December-February) have an average temperature of about 4°C.

Best time to visit Gangtok
The best time to visit the place is from September to June. The place has moderate climate in summer allowing you to carry out all types of tourist activities and adventures. The best season for Gangtok tourism is during spring (March- mid of April) season is pleasant and is the best time to enjoy the natural vista of the place and autumn (October - November) are beautiful with pleasant climate. The period is the best time for sightseeing and enjoying holidays in Gangtok. Winters in Gangtok are just awesome, the weather is clear, the sun doesn't hurt that much and the views of the mountains and valleys are absolutely beautiful. Honeymoons are ideal during winters in Gangtok.

How to Reach Gangtok

By Air
The airport nearest to Gangtok is about 124 kilometres away in Bagdogra, West Bengal. From the airport, you can hire a shared taxi or a private vehicle that will get you to Gangtok in a matter of two hours. This airport is connected to Kolkata, Delhi and Guwahati. International travelers can get connecting flights from Kolkata or Delhi. Both are well connected with many cities in India and abroad. The drive from Bagdogra to Gangtok is absolutely stunning with gorgeous mountains and River Teesta as your backdrop.

By Train
The nearest railway station to Gangtok is about 148 kilometres away in New Jalpaiguri in Siliguri. The station is well-connected to major cities like Kolkata and New Delhi. From New Jalpaiguri you can take a taxi to Gangtok or go to Siliguri Bus Station and catch a state-run bus to Gangtok, which will take you about 5-6 hours.

By Bus
The Gangtok city is well connected to other cities in Sikkim and the neighboring states by bus services. Private tourist buses are available from Gangtok to Bagdogra (124 km) and to Siliguri (114 km)