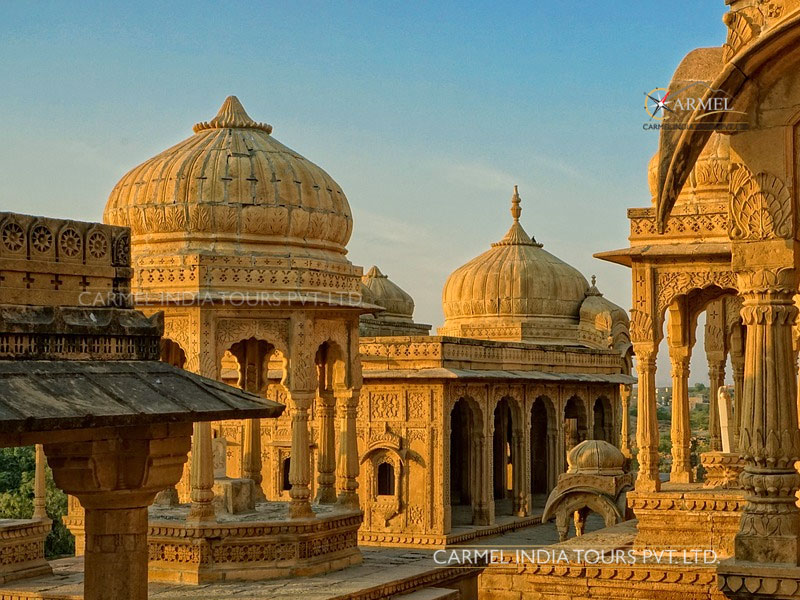 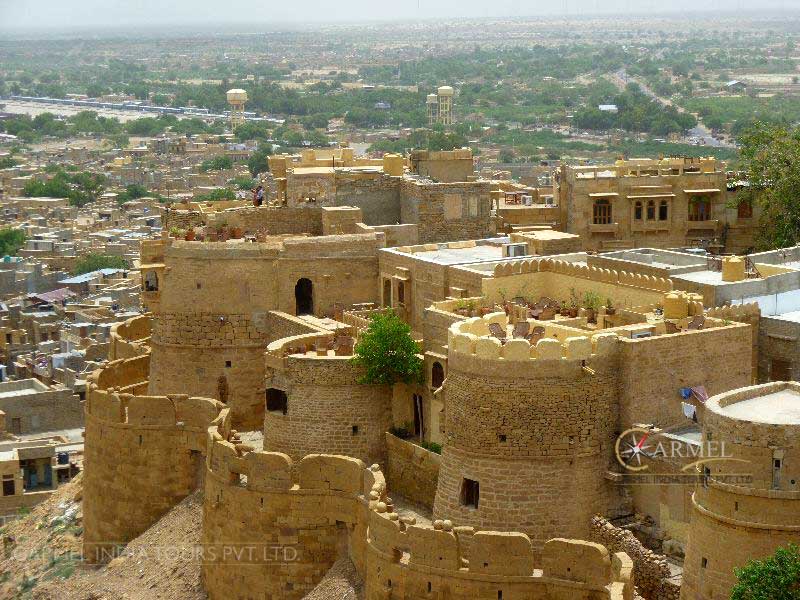 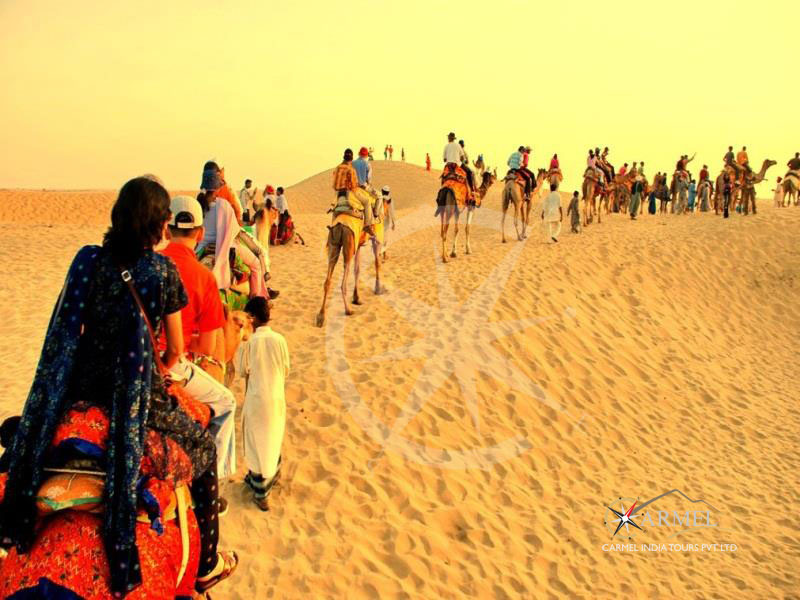 Jaisalmer is a small town of the Indian state in the desert land of Rajasthan, located 575 kilometres west from Jaipur, the capital of Rajasthan. Jaisalmer, also known as 'The sun city' as a shimmering mirage lies within the great Thar Desert and this sunlight reflecting from the sand during morning and evening time, provides a mesmerizing view to visitors. The city is also refers as the ?Golden City of India? because the yellow sand and yellow sandstone used to make the structures in this city which give it golden yellow appearance.

Jaisalmer was founded in 12th century by Maharawal Jaisal Singh who was a Bhatti Rajput ruler, he desired to shift his capital from Ludharva to a safer place, the town is also named after its founder. As Jaisalmer falls in the way of one of the two routes, it remained out of bound from the foreign rulers partly. But In the mid Thirteenth century, Jaisalmer experienced the siege by, Ala-ud-din Khilji, the Turk-Afghan ruler of Delhi, this siege lasted for around 9 long years. On having good terms with Delhi, in the 17th-century this city saw another golden age. During the British Raj, Jaisalmer was one of the last states to sign an 'Instrument of Agreement' with the British and was a princely state of the same name. After independence in 1947, became a major tourist destination as well as a cultural hub of the western India.

Jaisalmer is famous for its magnificent forts, enchanting palaces, havelis (mansions) and century?s old houses. Jaisalmer is also known for its exotic sand dunes and exciting camel safaris which offer offers an opportunity to the tourists to enjoy the life in the shimmering glory of the desert sand. A camel safari allows the tourists to explore the life and majesty of Rajasthan and enthrall the desert scape. There are some Antique items for tourists in Jaisalmer market like Colorful Rajasthani puppets for sale on the streets and exquisite handicrafts.

Best Places to Visit in Jaisalmer

Jaisalmer Fort: The 12th century Jaisalmer Fort is one of the most impressive forts of India situated on Trikuta hill popularly known as 'Golden Fort'. Jaisalmer Fort is a 250 ft tall and surrounded by a 30 ft high sandstone wall with 99 bastions, offering a spectacular sight to visitors. The Fort also houses a Jain Temple and Hindu Temples.

Khaba Fort: One of the fascinating and slightly spooky forts in Jaisalmer was once inhabited by the Paliwal Brahmins. The fort still has the ruins of the homes of some 80 families that used to live here more than 200 years ago. There is a small museum inside the fort that carries ancient artefacts.

Jaisalmer Havelis: The beautiful havelis (mansions) of Jaisalmer are famous for their artistic designs and decorations used to be the residence of wealthy merchants. Their exclusive cutwork, yellow and red stone treatment, and the bracket-shaped decoration of peacocks, never fail to mesmerize the visitors. The Patwon-ki-Haveli, Salim-Singh-ki-Haveli and Nathmalji-ki-Haveli are famous havelis in Jaisalmer.

Bara Bagh: This fabulous Bagh located on the bank of Gadsisar Sagar Lake, Bara Bagh is an oasis in the desert. The lush green garden provides much-needed relief to the local people.

Vyas Chhatri: Vyas Chhatri is dedicated to sage Vyaas the writer of the epic Mahabharata which represent a beautiful example of Rajasthani architecture. This is also one of the most scenic spots to catch a sunset in the desert.

Tazia Tower: Tazia Tower is located in the Badal Palace complex near Amar Sagar Gate. The old Muslim craftsmen of the time gave this structure the shape of a Tazia as a symbol of their religion. The beautiful five-tiered tower is known for its beautifully carved balconies on each storey.

Tanot Mata Temple: Located close to the Indian border with Pakistan in Jaisalmer. It is believed that during the Indo-Pakistan War of 1965, the Pakistani Army dropped many bombs at the temple but none of them met the target and many of the bombs aimed at the surrounding region of the temple did not explode at all. Now it is converted into museum that exhibits collections of the unexploded bombs that were dropped by Pakistan.

Desert National Park: The Desert National Park in Jaisalmer is one of the largest national parks in the area with an area of about 3162 square kilometres.It is an brilliant example of the ecosystem of the Thar Desert.Here you will find a number of fossils of animals, birds and plants that date back to some 180 million years.

The Thar Heritage Museum: This is a great place for history enthusiasts who will love the artefacts preserved here. The museum displays ancient coins, manuscripts, photographs, weapons and musical instruments.

How to Reach Jaisalmer

By Air
The nearest commercial airport to Jaisalmer is in Jodhpur around 271 km away. The Jodhpur Airport caters flights to major cities in India. Jaisalmer also has an airport; however it is a Defence air base managed by the Indian Air Force. At present, no commercial services are available at this Defence airport, however a new civil airport is under construction and the golden city of Jaisalmer will soon have a new civil airport.

By Train
Jaisalmer is well connected with a wide network of trains covering most of the Indian cities like Delhi, Jodhpur, Jaipur and others. The luxury train ?Palace on Wheels? also has a stop at Jaisalmer.

By Road
Jaisalmer has a good network of roads and is well connected to other cities of Rajasthan including Jaipur, Jodhpur and Bikaner and major cities of India. Buses and taxis can be rented from Jodhpur or Bikaner to reach the city.