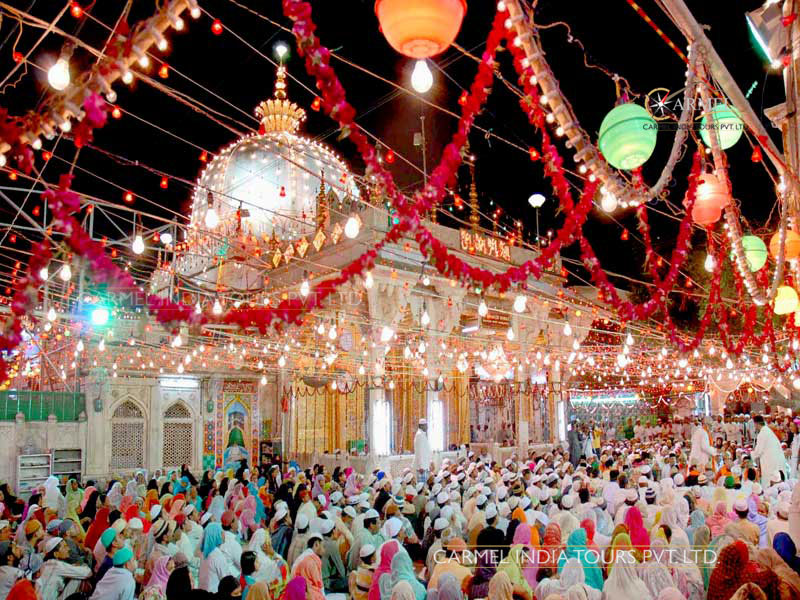 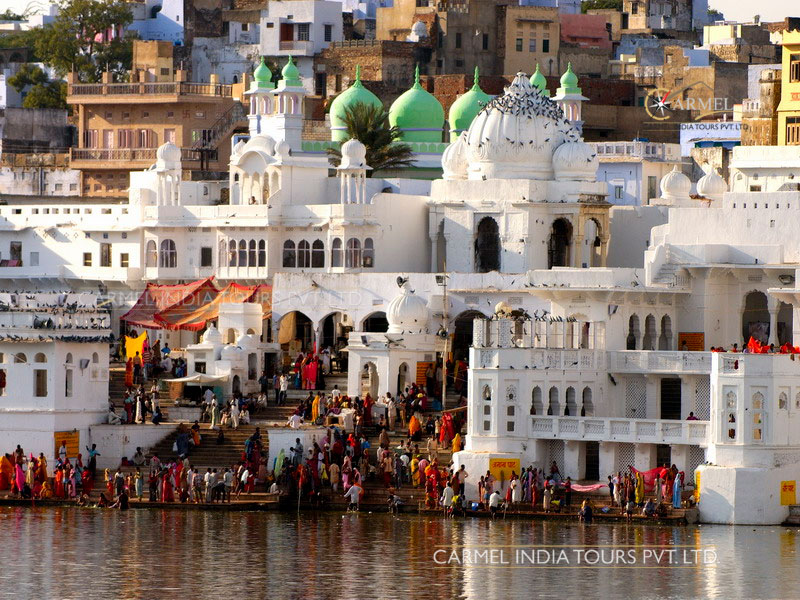 Ajmer is the 5th largest city in the center of Rajasthan, lies about 120 km west of the state capital Jaipur. It is surrounded by the Aravalli Mountains. Ajmer is a pilgrimage site for Muslims as well as Hindus for Dargah of the great saint, Khwaja Muin-ud-din Chishti and Pushkar an ancient Hindu pilgrimage city.

Ajmer was previously named 'Ajaimeru' as it was founded by Ajayraj Singh Chauhan in the late 7th century A.D. Chauhan's dynasty strongly ruled over Ajmer till 1193.The last Hindu ruler; Prithviraj Chauhan was defeated by Mohammed Ghori, an Afghan ruler. After facing many wars Ajmer was conquered by the Mughal emperor Akbar in 1559, he used Ajmer as the main headquarter for all its campaigns in the state of Rajasthan. After the Mughals, the control of the Ajmer city has been passed to the Marathas and In 1818 British rule established in Ajmer. After independence in 1956 Ajmer became part of Rajasthan state.

The city is also known as the gateway to the holy city of Pushkar, dedicated to Lord Brahma, and has the only and biggest temple dedicated to him in the world. At present Ajmer is a famous tourist destination, every year a large number of devotees and tourists come to Ajmer, this city is bind up with the traditions of religions and cultures, the streets are full of colorful displays and handicraft items such as splendid rugs, dyes and block printed textiles, embroidered durries, silver baubles and golden jewellery.

Best Places to Visit in Ajmer

The Dargah of Khawaja Saheb
The Dargah of Khawaja Saheb is situated at the foot of a barren hill,it is next to Mecca and Medina for the Muslims. The saint's tomb with a splendid marble dome is in the center of the second courtyard, which is surrounded by a silver platform. It is the tomb of the sufi saint who lived here in the 12th century. This structure was built by the great emperor Humayun and later some additions were done by the Nizam of Hyderabad.

Adhai-din-ka-jhonpra is a masterpiece of Indo-Islamic architecture located on the outskirts, of the city, just beyond the Dargah. The story of this old mosque is very interesting. It was basically a Sanskrit college, but Mohammad Ghauri changed it into a mosque in just two and half days. The distinct pillars and arched screen make it a splendid architectural masterpiece.

One of the oldest hill forts of the world situated atop the Nagpahari Hill in Ajmer, also known as the 'Fort of Ajmer'. It is said that it was constructed at a time when the Aravalli mountain ranges were above the snowlines by the King Ajaypal Chauhan in the year 1100 A.D. It is situated 3 km and a steep 1.5 hours climb beyond the Adhai-din ka Jhonpra Mosque, the fort offers an aerial view of the entire city. The main attraction of Taragarh Fort is Rani Mahal which displays typical Rajasthani architecture

Pushkar Lake is located in the town of Pushkar in Ajmer district and is the sacred lake of the Hindus. It is considered to be sacred is said to cleanse sins and cure skin diseases with a dip in the holi water. It is surrounded by 52 bathing ghats, the lake has been described by Hindu scriptures as ?Tirtha-Raj?, meaning ?the king of pilgrimage sights?.

Ana Sagar Lake is an artificial lake built by Anaji Chauhan, the grandfather of Prithvi Raj Chauhan. Dating from 1135 -1150 AD.The Lake has been named after Anaji Chauhan. The Daulat Bagh Gardens,located in the area of the lake were built by Jehangir, is surrounded by beautiful parks and marble pavilions. On a hill near the lake is located a Circuit House that used to be the British Residency.

Foy Sagar Lake
Foy Sagar Lake is another artificial lake, was built and supervised by Mr. Foy, a British architect.This lake is a pictorial and important source of water, especially portable. Today it is a beautiful picnic spot popular with locals and tourists alike.

Shah Jahan's Mosque
Shah Jahan's Mosque Built by the Mughal Emperor Shah Jahan, the mosque is green and white coloured.Iy is situated within the inner courtyards of the Dargah Sharif. Made of white marble, the edifice has a 30.5 metres long and narrow court having a low arcade. It is believed that the marble for building the dome was extracted from the same mines from where marble for Taj Mahal was extracted.

Daulat Khana or the Government Museum
It is a huge collection of Mughal and Rajput armoury. It was established in 1908 also known as 'Magazine'. The main attractions of this museum are the Hindu statues, which date back to the 8th century along with examples of Rajput and Mughal , and the statue of Goddess Kali.

PRITHVI RAJ CHAUHAN SMARAK
The Smarak was built in 1994, dedicated to the last Hindu emperor of India Prithvi Raj Chauhan.It is situated half way up the drive to Taragrh Fort. . It is a good place to watch the sunset and spend a quite evening.There is a series of galleries depicting the life and time of Prithviraj Chauhan is set up in a planned manner

Ajmer is a year-round destination to visit, though best time to visit Ajmer is in winter season (October to March) and can be considered as a good time to come. With day temperatures being ideal for sightseeing, most of the tourists prefer to visit this holy city during this time.

How to Reach Ajmer

By Air:- The nearest airports to Ajmer are the Jaipur International Airport is located at distance of about 135 km from the city. There are many airlines that operate flights to and from these cities almost daily.

By Train:- Ajmer also shares a strong railway network with most of the Indian cities and towns. Most of the trains travelling to and from Ajmer halt at Ajmer Junction Railway Station. This railway station lies on the Mumbai Delhi railway line. The station is well-connected with major Indian cities like Delhi, Mumbai, Jaipur, Allahabad, Lucknow and Kolkata.

By Road:- The Rajasthan State Road Transport Corporation runs deluxe and semi-deluxe buses (both air-conditioned and Non-air-conditioned) connecting Ajmer to nearby cities like Delhi, Jaipur, Udaipur, Jodhpur and Jaisalmer. There are numerous state owned and private buses that ply to and from Ajmer regularly.