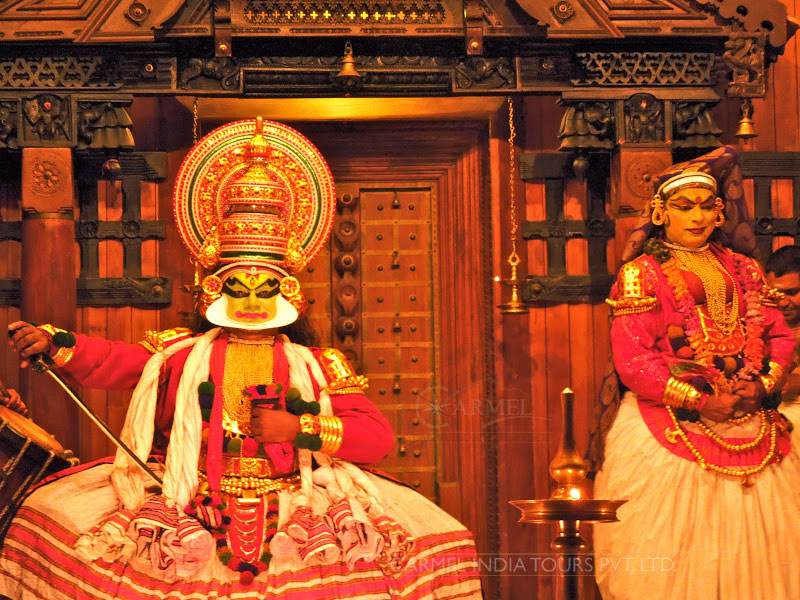 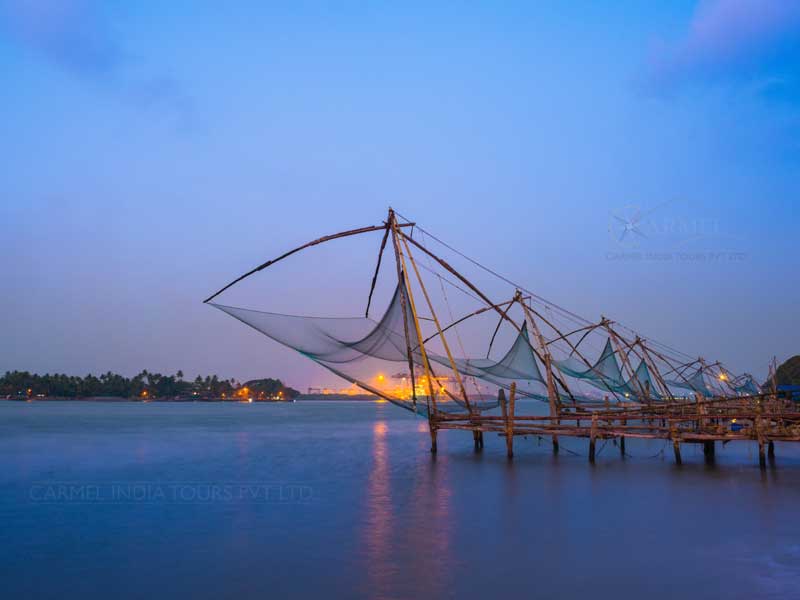 Cochin is a beautiful city and a part of the district of Ernakulam in the state of Kerala. Cochin known as the Queen of Arabian Sea as it is situated on the Western Coast of India facing the Arabian Sea. It is also the Commercial capital of kerala and regarded as the 'Gateway to Kerala', being the best starting point to explore the beauty as well as the unfathomable diversity of the Kerala state,

It is not known exactly how the name Kochi originated, it is believed that the city derived its name Kochi from the Malayalam words, Koch Azhi, meaning ?small lagoon?, but as per some old believes, during ancient times the traders who came here from the court of Chinese ruler, Khubilai Khan, gave Cochin the name of their homeland. The colonization of India started from Kochi.
Kochi was the centre of Indian spice trade for hundreds of years. Kochi was under the rule of many foreign empires, firstly; the original local rulers of Kochi were controlled by the Portuguese (1503 - 1663). Portuguese build a fort at Kochi called 'Manuel Kotta'. At the same time it was the legendary traveller Vasco Da Gama, himself landed in Cochin. After this, the Portuguese were defeated by Dutch rulers, who ruled from 1663 to 1795. Cochin prospered under the Dutch rule by shipping pepper, cardamom and other spices, coir, coconut, and copper. Later, this city becomes highly developed during the time of the British.

After Independence of India Cochin developed as a growing centre of information technology, health services, ship building, international trade and tourism and considered to be the first ranked city in the state for attracting national as well as international tourists.

Best Places to Visit in Cochin

Chinese Fishing Nets
Chinese Fishing Nets have been there since the 14th century and are remarkably still in use today undoubtedly it is the Kochi's most recognizable sight. Buy some seafood from one of the fishmongers there, get it cooked at a nearby shack, and enjoy eating it as the sun sets.

Fort Kochi
Fort Kochi, small village countryside is lined with old Victorian era styled bungalows, a reminiscent of the European settlements. It is close to the suburbs of the main city. With panoramic beaches all along the coastline, you can see the famed Chinese fishing nets and sailing ships.

Princess Street
Princess Street was famous all through the European occupation and the huge bungalows lined on this quaint street portray the architecture of their respective owners ranging from Portuguese, Dutch, British and French. The street is the remnants of the
European architecture.

St Francis Church
St. Francis CSI Church is built on the site, where the body of late explorer Vasco da Gama was originally buried in 1503.It is the oldest European church in India and was initially a simple wooden structure, which was dedicated to St Bartholomew. Reconstruction of the church in stone was initiated by the Portuguese Viceroy, Dom Francisco Almedia, on the command of the Raja.

Cherai beach
This panoramic island can be easily reached by boat and land. It is situated at the end of Vypeen Island, one of the many tiny islands off the shoreline. There are a variety of water sports and beach activities to enjoy.

Jew Town
Today Jew Town is a unique feature of Kochi. It has been known that Jewish settled in Kochi as early as 700 BC for trade and commerce. Spend some time wandering through the streets and lanes, and exploring the antique stores.

Mattancherry
In front of the Shiva temple in Ernakulam lays the backwaters of Cochin. At the time of constructing this temple, the main language that was in use was Tamil; therefore the people addressed the deity as Erayanar which also means Lord Shiva. The Shiva temple celebrates Mahashivarathri with great pomp and show.

Museum of Kerala History
The museum depicts the stories on the lives of 87 personalities, who played a significant role in shaping Kerala?s future; it is located 10 km north of Ernakulam city on NH 47. This live museum recites the history of the state through informative light and sound shows. This museum was built by R Madhavan Nayar, who was a prominent industrialist and a pioneer in Sea Food Export Industry in India.

Santhanagopala- Krishnaswamy Temple
The temple has been dated to 947 AD according to the inscriptions found on the site. It is one of the famous temple of Kochi, Thousands of tourists visit this ancient and historic temple every year.

Indian Naval Maritime Museum
This museum throws light on the genesis, evolution and history of the Indian Navy. Kerala?s trade links with Arabs, which influenced the India?s naval power in South East Asia, is located at INS Dronacharya in Kochi.

Paradesi Synagogue
Synagogue was constructed by people of Cochin Jewish community (Malabari Yehuden). Paradesi refers to the people from foreign land and this synagogue was named Paradesi as it was once used by the White Jews. It was built in 1568 and is rated as the oldest active synagogue in all the 53 member-countries of the Commonwealth of Nations.

Bolghatty Palace
Dutch traders built this villa and it was later extended, with lush green gardens landscaped around it. It is one of the oldest existing Palace built by the Dutch in India, Bolghatty Palace is located in the scenic island popularly known as Bolgatty Island in Kochi, Kerala.

Winters (October to March) are the ideal time for visiting the city as the temperature is cool and dry. It is perfect for outdoor activities, houseboat vacations, backwaters explorations, beach activities and exploring in and around the region. The period is also an ideal period for booking enjoying honeymoon in Kerala.

How to Reach Cochin

By Air
Airport at Kochi is Nedumbassery International airport which is about 20 km away from Kochi. This airport is well connected to all airports in India and also to many cities in abroad, including gulf countries and Singapore.

By Bus
Kochi is well connected by bus services. KSRTC connects Koch with all major cities in Kerala and with many cities in Tamil Nadu and Karnataka. Deluxe Volvo buses are available in plenty at any time to Chennai, Bangalore, Trivandrum, Hyderabad and Mumbai from Kochi.